Wish to get better privacy, security and anonymity as you use the internet, hide your IP address, unblock censored web content, encrypt transferred data and much more?

The following list contains information about popular VPN providers that accept PayPal.
These websites enable individuals and businesses to protect their online activities effectively and use PayPal as their preferred payment method for this service. 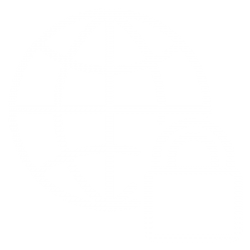 What is a VPN?

VPN is an acronym for ‘virtual private network.’

It provides an additional layer of advanced security by creating an encrypted connection (often referred to as a “VPN tunnel”) over less secure networks.
The technology allows users to send and share data across public networks as if directly connected to a private network.

In essence, this type of service is available for all modern devices, meaning desktop computers, laptops, smartphones as well as tablets, making it ideal for home and office users as well as for people who are mobile and constantly on the go.

How Does a VPN Work?

The user simply connects to the Internet through an ISP, logs-on to the VPN company’s server and the rest is handled on the backend through the provider.
Upon login, the service provider’s server creates a secure connection, giving the user access to the private network.

Benefits of Using a VPN

Additional Security
As more people become technically savvy in this digital era, personal, financial and other sensitive information is more vulnerable than ever.
From the moment a user turns the computer on and connects to the net, information on that PC may fall prey to any number of malicious programs, hackers and viruses.
Any information on that machine is susceptible to being read, intercepted or altered.
In some cases, hackers may even plant information on an unsuspecting user’s computer.

Though not 100% foolproof, the VPN encrypts all transmitted information, masks the user’s IP and provides an additional layer of data security.
Businesses regularly use VPNs to secure sensitive data.
Individual users should also consider using this technology, especially when on public WiFi networks or when accessing an Internet “hot spot.”

From the moment a user logs onto a network-connected computer, a digital trail is created. Everything from website visits to a user’s personal identity can potentially be discovered by those with even basic hacking skills.
VPN technology protects the individual from being tracked and unintentionally exposing sensitive information.

In addition, VPNs are useful for employees who need access to sites that are restricted by company policy and for students who wish to unblock sites that are not allowed in their school.

Target Audience: Who Uses It?

Though most people tend to immediately think of corporations when virtual private networks are mentioned, virtually everyone can benefit from at least occasional use of this mechanism.
The actual reasons and motivations behind why some people subscribe to VPN services are as varied and diverse as the individuals who regularly use them.
In the era of information on demand, more people are inputting their private information online and opening themselves up to potential fraud.

Companies’ databases are connected to networks that are open to being hacked by the technically savvy, bored 12-year-old next door if not secured.
Personal information is not as private or safe as it was before the Internet era.
VPNs enable users to add an extra layer of protection when they are online.

Potential customers who might benefit from this added protection include:

Businesses and Corporations
As more businesses move certain operations online, an ever increasing amount of sensitive data is potentially shared and exposed.
It is crucial that the integrity of this information is protected.
VPNs are just one of the many ways businesses and corporations ensure their customers’ privacy and some of the services offer enterprise plans that match their needs.

Frequent Public Wi-Fi Network Users
Many people often work from unsecure access points (hotspots) such as coffee shops, airports, local parks or other places that offer free WiFi.
Information is especially vulnerable to interception attempts in such locations.
However, when using a virtual private network in these places, all data between the user’s device and the provider’s server is totally encrypted, making it inaccessible to snoopers and hackers.

Diehard Security Fans
Everyone deserves privacy from the prying eyes of outsiders and potential criminals.
VPNs allow users to use the Internet more anonymously by significantly reducing the threat of being traced.

They dramatically reduce the incidence of identity theft by helping to keep personal and financial records more secure.
VPNs are also useful in deterring theft of a user’s Internet services by those who do not wish to pay.

Avid Downloaders
VPN providers allow their subscribers to securely download and share files without worry of being traced.
They mask the user’s IP address to prevent detection, plus some of them openly declare that they do not keep a log or a record of any information about the user’s ongoing online browsing activity or downloading history on their systems.

Frequent Travelers
Travelers often require unrestricted access to information or web content that may be blocked in certain geographical regions.
Using a VPN enables them to bypass this problem by working from a trusted network while accessing the resources they need from overseas.
Quality VPNs also help users avoid language barriers and potentially sluggish Internet speeds.

Paying for a VPN Service with PayPal

Most popular VPN service providers in the market accept a variety of payment methods, including PayPal.

Before Choosing: Features to Consider

In order to make sure that you receive optimal benefit from using this type of service, it is crucial to conduct proper research and verify that certain technical features that you need are actually being offered by the providers that you consider.
Doing so will help you decide which company is the best fit for your individual needs.

Such features may include: