Got a traffic ticket and wish to dismiss it, reduce the fine, avoid accumulating points on your DMV driving record or prevent a substantial hike in your monthly car insurance rates?

The following list contains information about online traffic schools that accept PayPal.
These state-authorized websites enable people who received a citation to take a defensive driving course on the web and use PayPal as their preferred payment method for this service. 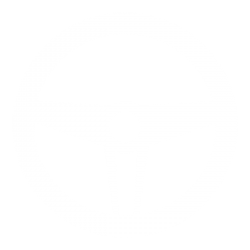 Sooner or later, most people will eventually reach the unfortunate day where they suddenly notice flashing lights in their rearview mirror during a casual drive on the road.
After pulling over, they get cited for a moving traffic violation, whether it be for speeding, running a red light, failing to stop at a stop sign, making a sudden unsafe lane change or other violations committed while the car was in motion.

After being cited for a traffic offense, many drivers ask themselves what are their best options and how they can realistically deal with this unpleasant and frustrating situation.
Under these circumstances, most drivers face two basic alternatives: fighting the ticket in court or admitting fault.

In most cases, contesting a ticket is unlikely to work and many people simply prefer to move on, plead guilty or “no content” to minor traffic offenses, pay the citation fine and then sign-up to traffic school – in an effort to minimize their losses.

Attending traffic school may not be the most exciting, interesting or enjoyable experience in the world, but it can save people some money and help them keep their precious driving record clean.

What is Traffic School?

Some states (like Texas, New York, California, Florida, Arizona, New Jersey and others) have reached the conclusion that driver education and training offer the best strategy to reduce car crashes, injuries, fatalities and future traffic violations and that an educated driver is a safer one.

Traffic school comes in different names and titles, such as defensive driving, driver improvement or driving safety course and the way it works varies from one state to another (and sometimes even by county).

In general terms, this type of DMV licensed program is designed for motorists who violated their state’s traffic laws or committed non-criminal moving violations.
It provides instruction in road safety, accident prevention techniques, what to do in emergency scenarios and also covers guidance on state traffic laws that can enhance car owners’ knowledge and driving skill level and help them become better, more confident drivers.

These courses are available to the public in a variety of formats and languages to choose from, but they all follow the same principals.
An onsite traffic school provides a traditional classroom setting and requires the physical attendance of participants.
Home study courses allow drivers to learn from teaching materials at home and online courses enable internet based instruction.

A successful completion of the course offers eligible drivers the ability to mitigate the effects of a basic moving violation and enjoy substantial advantages.
Actual incentives may vary from one jurisdiction to another but the general concept is the same.

There are 3 main reasons for attending traffic school:

What Do Traffic School Websites Offer?

Online traffic school sites represent a relatively fast, convenient and easy way to handle the consequences of getting a traffic ticket.
The interactive courses typically range from four to twelve hours and include a combination of text, audio, video or animation based content.
They require taking a test at the end, after which the customer gets a formal certificate of completion.

State approved providers offer flexibility in the sense that users enjoy the freedom to log in to the website whenever their busy schedule permits and complete the virtual course at their own pace, without pressure.
In most cases, participants may leave the course at any given point and continue later from where they left off.

Users can study either on their home desktop PC, from the office or even on the go, from mobile devices, like smartphones and tablet computers.

Even though PayPal is one of the most popular payment methods on the internet, many online traffic schools and defensive driving courses have not adopted it yet.
However, a fair number of players in this market do accept PayPal and hopefully, their number will increase with time.