The following list contains information about bullion dealers that accept PayPal.
These websites enable investors, collectors and private customers to buy gold, silver or other precious metals and use PayPal as their preferred payment method for this purchase. 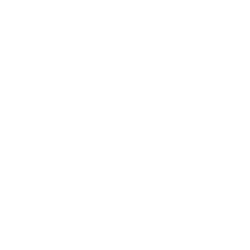 Precious metals refer to the classification of naturally-occurring metallic elements that are considered to be relatively rare, have certain qualities that make them desirable to industries and investors alike and have a high market value.

The value of these raw materials such as gold, silver, platinum and palladium is determined by several factors including their rarity, marketplace fluctuations in supply and demand, their use in industrial processes and their potential as attractive investment channels.

Throughout history, precious metals have always been the most sought-after materials and were widely used as currency all over the world.
Even in ancient times, gold and silver were widely used to showcase wealth, power, prosperity, class, prestige and individual social status.
In addition, they served the purpose of being a practical way to exchange goods and services.

Even in modern times they continue to play an important role in the economy due to their extensive use in various fields: investments, art, jewelry, coinage and as industrial commodities.

The Power of Gold

Gold has always been the easiest precious metal to recognize, even by non-experts, due to its famous bright yellow color.
It has fascinated many cultures around the globe and significantly influenced the course of human history and the shaping of many key concepts and principles in economy, society and science.

This beautiful and mysterious material has a unique diversity of special chemical and physical properties that make this rare metal a vital component in many everyday applications, ranging from jewelry and electronics to aerospace and medicine.

In addition, even though it may seem to some as a relic of medieval times, it still plays a special role in modern economy.

Why Do People Buy Gold and Silver?

For centuries, gold enjoyed an almost-universal recognition as the foundation of the monetary system and as a unit of trade.
In today’s financial environment, there are several known compelling reasons that motivate private investors, governmental central banks and financial institutions of all kinds to purchase gold.

What Do Gold Dealers Offer?

During the last decades, gold investing and collecting has been popular among experienced investors, active traders and novices alike.
Bullion dealers offer a variety of precious metals, and enable consumers to buy gold, platinum, silver, palladium, rhodium and copper in physical form such as coins, rounds and bars (as opposed to owning them on paper only).

Players in the coin and bullion industry offer a variety of different services to their customers that may include buying, selling, secure and insured storage, brokerage and others – depending on their individual focus.

Companies that sell precious metals online usually hold much larger inventories and offer more competitive pricing, compared to the alternative – local brick and mortar coin shops.
Additionally, professional retail websites that lead this market nationally, stock the most up to merchandize from U.S. and foreign mints and distributors.

The main products that can be obtained in bullion ecommerce sites include:

Paying for Bullion with PayPal

Even though PayPal is one of the most popular payment methods on the internet, many gold dealers have not adopted it yet.
However, a fair number of players in this market do accept PayPal and hopefully, their number will increase with time.